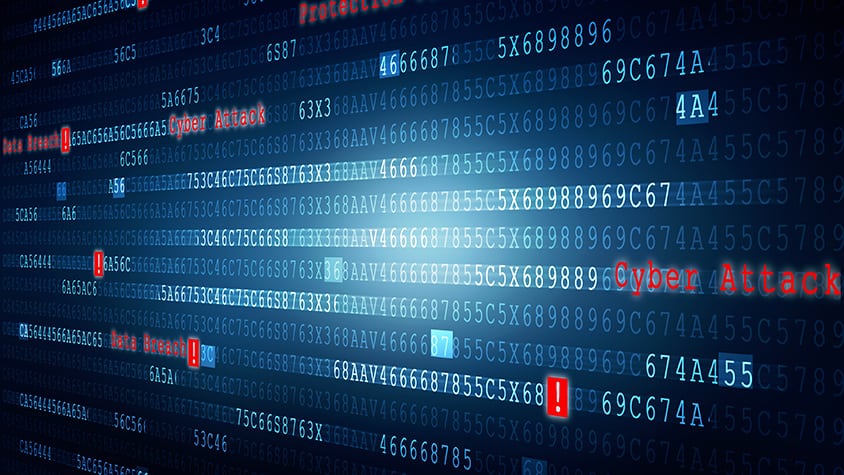 Ransomware is exactly what it sounds like. It’s a malicious software that holds your device hostage until you pay a certain amount of money. It’s like virtual kidnapping.

Ransomware is a malicious software (also known as a virus) that holds your computer and all of its data hostage until a requested amount of money is paid by the hacker who downloaded the virus onto your computer.

A common example of today’s ransomware is an email that’s allegedly sent by reputable delivery organizations, such as UPS and FedEx. The email might say that you just missed a delivery, but the delivery person is still in your area. If you click on the link in the email, you can receive your package in a few hours.

Another common example is an email attachment. Most commonly, these attachments take the form of important documents, such as tax returns or energy bills.

Once you click the link or download the attachment, the ransomware encrypts your computer’s hard drive. This locks you out of all computer files, from music and photos to videos and password documents.

After the ransomware is encrypted, an urgent screen will usually appear. It threatens to destroy your computer’s hard drive until a certain amount of money is paid.

The History Of Ransomware

According to CNN Money, “The first known ransomware attack, dubbed AIDS Trojan, happened in 1989, according to Symantec. The payment demanded was $189 [by Harvard-trained Joseph Popp].”

In 2006, Archiveus Trojan captured everything in the My Documents section on personal computers. It required hacked users to make a purchase from specific websites and to obtain a password that de-crypted the files.

In 2011, the popularity of anonymous online payment methods, especially Bitcoin, made it easier for hackers to encrypt ransomware onto personal computers while remaining traceless. It was the first time that product-related Trojans went mainstream, meaning brand names would be used as decoys to make ransomware attacks seem like legitimate product offers.

The next year, a major ransomware Trojan known as Reveton spread throughout Europe. This ransomware attack claimed that the computer under attack was being used for illegal activities and, in order to unlock the encryption, the user had to pay a fine using an anonymous prepaid cash service.

In some cases, Reveton would use the computer’s webcam to make it seem like the user was being recorded.

Reveton made its way to the United States, claiming to require a $200 fine to the FBI using MoneyPak. This tactic was also with Sypeng and Koler, an Android-based ransomware that flashed a fake warning message from the FBI delivered by fake Adobe Flash updates.

In 2013, CryptoLocker was spread by downloads from a compromised website and/or sent to businesses in the form of customer complaints. The following year, sister viruses CryptoDefense and CryptoWall rapidly spread thanks to a coding defect in Windows. The latter netted about $325 million from hacked users.

In 2015, ransomware called LockerPin spread across the United States. It reset the pin on phones, locked users out of their devices, and demanded $500 to unlock the device.

The most recent damaging attack was WannaCry in 2017. According to Computer Business Review, “200,000 networks in 150 countries were reached by the attack, [and] major organizations, including the National Health Service in the United Kingdom, were completely debilitated to a point at which it was thought human lives could have been endangered.

According to CSO, a news outlet for security and risk management, the following types of viruses have been consistent throughout ransomware history:

Fortunately, there is a way to stop all of these cybercriminals. For more information about reliable service and protection for your device. Check out Cetrom’s webinar, Cloud Computing For CPAs: Things Your Firm Should Be Considering.

Cetrom Support fixed all of my problems, their engineers are very professional, courteous, friendly and very efficient. If all customer service out there was like this, it would be a better world...

One of the things we appreciate wholeheartedly about working with Cetrom is how great the people in the service area are and the high-level of responsiveness we have received. I’ve been very pleased..

Cetrom’s services and support really stood out against the other cloud vendors. We thought their Citrix delivery platform would have a higher level of adoption because our employees would have the..

Our accounting services users working in the field have greatly benefited from our migration to the cloud. They’re now able to be much more efficient while working in a client’s office because they..

The decision to migrate to the cloud was one of the best business decisions Rub & Brillhart has made. It required an investment, but we have determined that our year two IT costs will be reduced by..

Our migration process with Cetrom was very smooth and we had an excellent experience with their support during the demo process. We have 24/7 monitoring on our onsite equipment and they have the..

We are extremely happy with the service and support we receive from Cetrom. Our staff is more efficient overall in our day-to-day activities and we don’t have any downtime. It’s a good feeling..

Cetrom is an extremely cost-effective option for IT services. Not only do we receive significantly improved customer service, but we were also able to add a new VoIP system, better internet service,..

We use two programs that often posed a challenge for our previous IT providers. Cetrom handled the situation professionally, coordinated with the software vendors, did all the backend testing, and..

After interviewing and reviewing the proposals from various IT providers, it was really a night and day comparison about price, service, and performance—Cetrom was just outshining the others on every..

I just want to drop you a line and let you know how pleased we are with our move to Cetrom. Your people knocked it out of the park for us and are doing a great job getting us up and working. On our..

Cetrom’s Cloud Computing offers a high-quality, reliable and secure alternative to traditional IT management and provides immediate access to all my IT resources whether I’m in the office, at home or..

Cetrom Support fixed all of my problems, their engineers are very professional, courteous, friendly and very efficient. If all customer service out there was like...

See all
Is Cetrom Your Cloud Services Solution?
Take Our Quiz